The Good Economy led the process of researching and developing the rationale and criteria behind the Sustainability Reporting Standard for Social Housing as part of a collaboration of 18 housing associations, lenders, investors and sector experts. The Good Economy also produced the final white paper report of the ESG Social Housing Working Group which has now been superseded by the new board of Sustainability for Housing Limited established in April 2021 to oversee further development of the Standard.

The Sustainability Reporting Standard for Social Housing was launched on 10 November 2020 by the ESG Social Housing Working Group – a unique collaboration of 18 housing associations, banks and investors, and other sector experts.

The working group was set up in 2019 in response to concerns ESG investment in social housing was being inhibited by the absence of a common reporting standard. As with many other sectors, there was a multitude of ESG reporting frameworks, resulting in reporting that lacked transparency, was prone to inconsistencies and was, therefore, incomparable.

The Standard is a voluntary reporting framework, covering 48 criteria across ESG considerations such as affordability, safety standards and zero carbon targets. As such, it enables housing providers to report on their ESG performance in a transparent, consistent and comparable way. This will make it easier for lenders and investors to assess the ESG performance of housing providers, identify ESG risks and opportunities to create positive social and environmental outcomes. 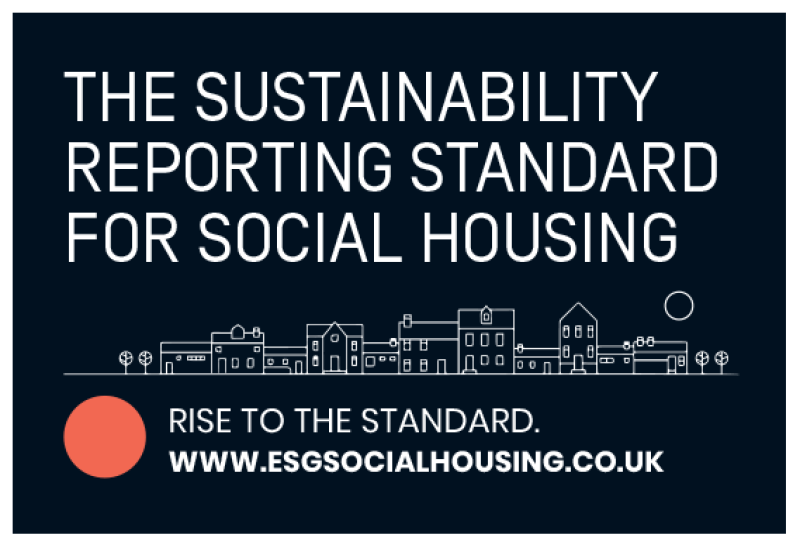 "We commend The Good Economy’s work to develop an evolving approach to more consistent, comparable ESG reporting. Bringing together registered providers, lenders and investors with a common approach is a big step towards providing investors with the accountability they need to unlock wider institutional investment into affordable housing."

At the time of its launch in November 2020, 70 organisations (39 housing providers and 31 lenders/investors) committed to using the Standard. The Standard was also "endorsed" by a further 17 organisations, including the National Housing Federation, who committed to promoting its wide adoption. It has also received support from Homes England and the Regulator of Social Housing.

As well as publishing the final report of the working group, The Good Economy also produced an initial White Paper outlining the thinking behind a reporting standard alongside draft criteria. This was then opened to a public consultation and feedback process resulting in more than 400 individuals participating in the process and 53 organisations providing invaluable feedback which was used in shaping the final Standard launched in November 2020.

There is a dedicated website for the Standard at www.esgsocialhousing.co.uk.